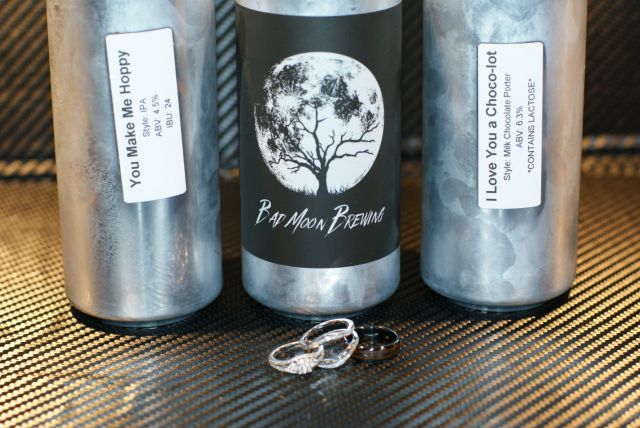 One of my favorite things about beer is how it brings people together. Nothing beats sitting down with your friends and sharing a beer you’ve made or one you bought from a local brewery. The group that helps me brew the BMB beer has become a family. We spend a lot of hours in the garage solving the worlds problems over a kettle full of wort.

When I met Kaitlin in early 2018 I wanted to introduce her to the brewing group quickly because I spend a lot of time with them making beer. Not only did she fit in instantly, she embraced being a part of the brewing group. I even had her bottling beer on our third date (I’ve heard it’s the way to a woman’s heart).

Even though she only drinks our smoothie sours she is a huge part of what we do. She knows the brewing process, she’s written a few recipes, she manages all of the social media, she can promote it and talk about it as good as anyone and she comes up with a lot of the names. If they are punny, it was Kaitlin.

When we started planning our wedding my first thought was I’ll make the beer! So we made a chocolate milk porter which she called I love you a Choco-lot and a session IPA, called You Make me Hoppy. Of course we had to do beer favors our Imperial Porter that got named Almost Fahymous.

While we planned a small get away wedding, that we ended up canceling. Yesterday we were married on our deck and we were still able to share these delicious beers with our friends and family.

We are homebrewers with a passion for trying new styles and flavors. We don't have a physical location and can't sell our brews but we love sharing our creations! Reach out if you're interested in trying something you see or would like to join us for a brew day and we'll do our best to make it happen!